The Restoration Of Overton Cemetery
By William E Wolsey

The present cemetery at Kincardine, in the ancient parish of Tulliallan has two predecessors. The old kirkyard, surrounding the remains of the 17th century church is kept up and maintained by the District Parks and Cemeteries Department. However, the oldest graveyard surrounding the site of the early pre-reformation church at Overton has been totally neglected and virtually forgotten for many years and the Parks and Cemeteries Department do not recognise its existence. 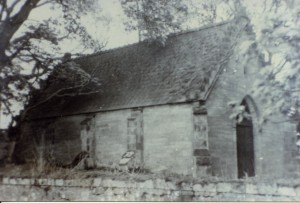 In 1927 Lacaille in an article for the Proceedings of the Society of Antiquaries described Overton Cemetery as ‘a disused and utterly neglected ground’. In 1964 John Fowler Mitchell in his genealogical survey of the gravestones confirms that the site was still in the same deplorable state and infers that the situation had deteriorated as he was unable to locate some of the stones referred to in the earlier article. In all the total number of stones recorded from both surveys at the Overton Cemetery was twenty plus five within the 19th century Keith Mausoleum, built on the site of the pre-reformation church. From J. F. Mitchell’s description the mausoleum had been vandalised and the tomb of Viscount Lord Keith had been opened with the vault cover broken and displaced. 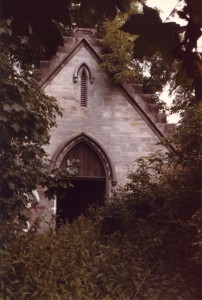 This state of affairs continued until 1986 when the Kincardine Local History Group took up the project. Several of the mature trees had fallen causing damage to some of the stones and several other trees were in a dangerous state. The whole ground was badly choked with brambles and snowberries making access during the summer months virtually impossible. Inside the mausoleum was an appalling mess of rubble, debris and damaged stones.
Work began by cutting down and clearing the undergrowth and treating the roots with a selective weedkiller. The fallen trees were sawn into smaller sections and manually removed. The dead and dangerous trees were felled and cut into sections for easy removal. The entire surface of the ground was probed to a depth of 2 feet to locate any stones which had been covered over and lost. Several of the rediscovered stones were found to be of medieval design. All upright stones were re-established as near as possible in their original position. Stones broken by falling trees were carefully re-assembled and set flush in the ground to give a degree of protection. 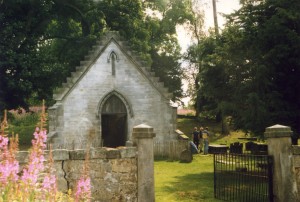 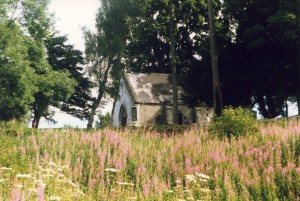 The mausoleum was cleared out, Admiral Lord Keith’s tomb cover was refitted and resealed. The damaged vault covers on the tombs of Lord Keith’s daughters Baroness Keith and Lady Osborne were repaired and the inscriptions recut as necessary. The ground was raked, cleared of roots and seeded and was soon showing a pleasing appearance as the young grass came though. Young laburnum trees were also planted to replace the trees which had been lost. A detailed survey of all the stones was carried out and recorded showing a final total of 55 stones – 30 more than had been recorded during the Mitchell survey approximately 20 years earlier. The cemetery, which is of a rounded rectangular shape, is surrounded by a stone built retaining wall capped with roughly dressed coping slabs. In several places the wall has been badly damaged by tree roots and falling trees. 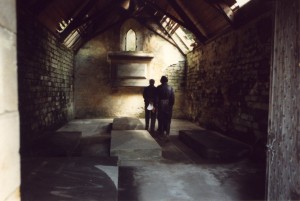 The mausoleum, built in 1830 was of a pleasant stone construction with crow-stepped gables although the slate roof was in a very poor condition with gaping holes and rotting timber supports. Considering the inaccessibility of the site and the high cost of replacement it was considered that the best option might be to remove the roof altogether and to insert a metal grill in the open doorway for visual access.
However the legal implications involved in this step presented some difficulties and before these could be resolved the situation was drastically changed. In the summer of 1992 a fire was started in the mausoleum which totally destroyed the roof and severely damaged the stonework. The Keith Family Mausoleum after the roof was destroyed by fire in 1992.

Tragically the burning timbers fell upon the tombs of Lord Keith and his daughters destroying the surface of the stones and their inscriptions. Fortunately all information in the mausoleum had been fully recorded but sadly the stones themselves were beyond repair. 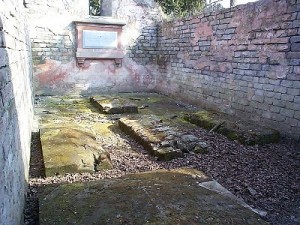 The interior of the Keith Family Mausoleum after the fire.

The bulk of the work on the project was carried out by a small group of volunteers from the History Group and it stimulated a wide-spread interest locally and a more general appreciation of the history of Kincardine and the surrounding area.
With the local council still unwilling to take on the upkeep of the site and no alternative sources of private funds available to ensure its upkeep it has unfortunately been necessary to let nature reclaim it once again. Today the mausoleum is overgrown and difficult to access for anyone wanting to visit. Fortunately however, thanks to a small group of dedicated volunteers who gave up several summers of their time back in the late 1980s all the historical information has been recorded and is now available for future generations. 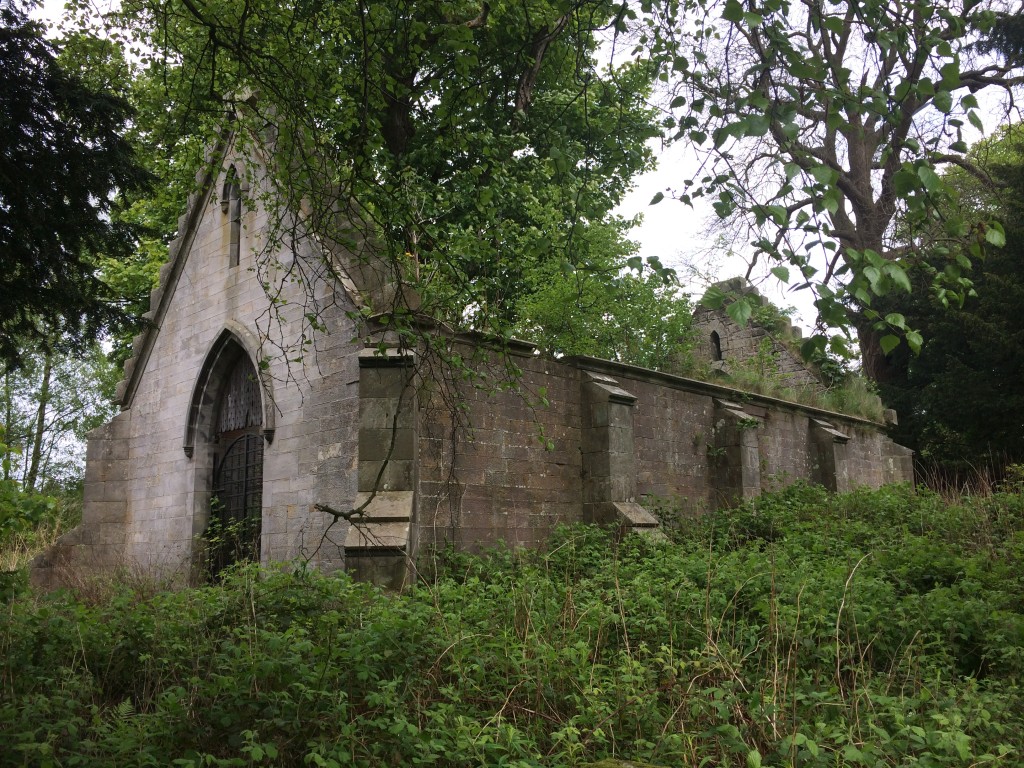 The Keith family mausoleum and Overton cemetery in 2014 – reclaimed by nature once again.